About 3 weeks ago I went back to my hometown of Springfield, IL and decided to check out the game scene. I hadn't gamed here since, well there used to be a local con called CapitalCon that I played D&D and Battletech at, if that give you an idea. Well I am happy to say that gaming still exist in the Field. I stopped in at Capital City Games. For those of you familiar with Adepticon, this is the store responsible for majority of the terrain. Many thanks to them on that. The epic tale of them having to get the trailer from Texas to Springfield and Chicago from 2 years ago show these guys dedication.

The day I was there they were running a 15K tournament. This was a 4 rounder that  started earlier than normal so the turnout was has high. Got to love gamer time. Either way the turnout looked good and after speaking with them I found out they are normally standing room only for events.

I have already started to pack up my army for my next visit. If you are in the area stop through. 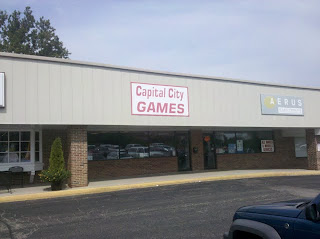 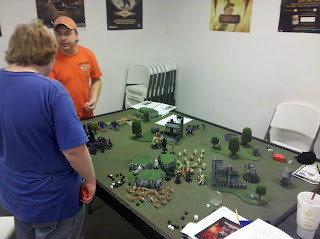 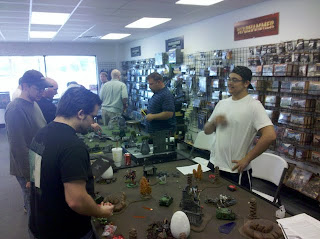 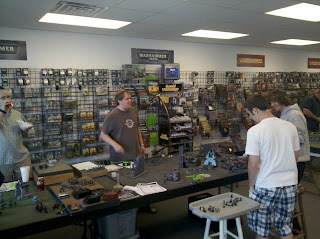 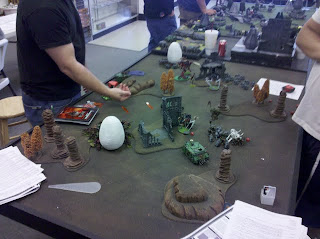 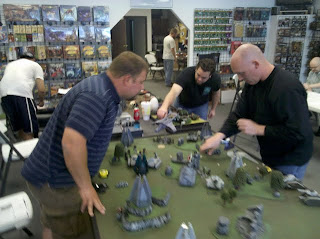 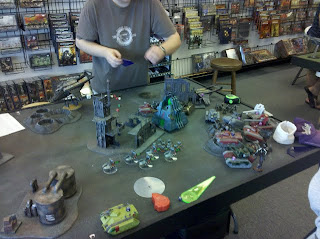 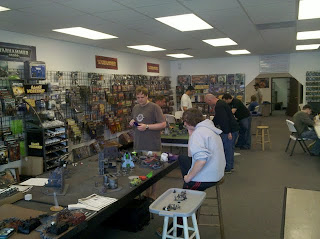 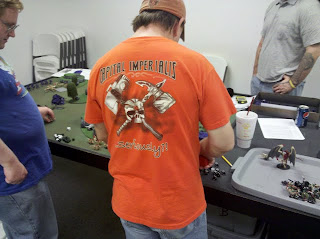 Made some molds of the Appleseed suit build and the mold turned out ok. Venting this mold was tough because their were so many spots that could trap air. Each pour involved me adding having to go back and revent the mold in a new location and switch from a plain pour to injecting the resin into the mold. So I have a bunch of parts that will be used for damaged suites. 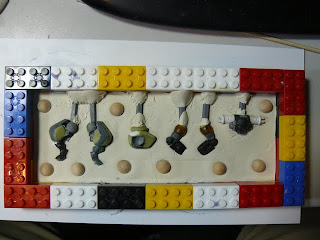 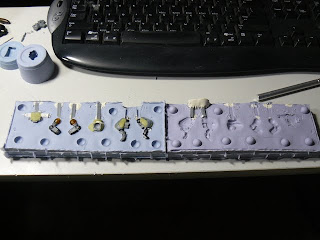 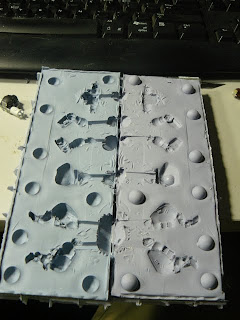 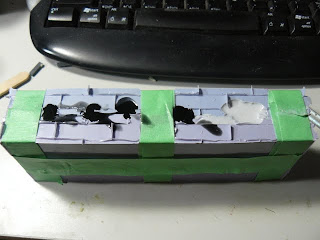 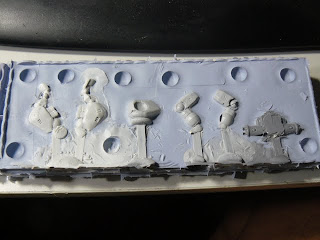 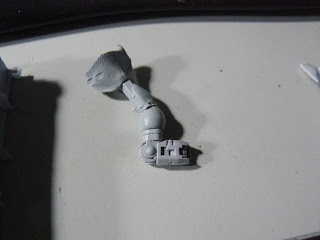 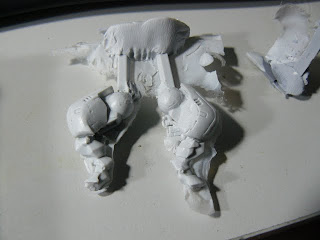 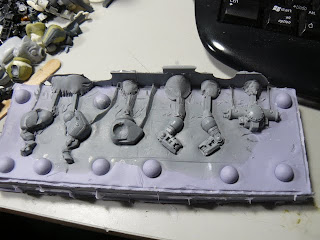