I have almost completed my first production level project. This will hopefully be the first in a long line of kits. This one is planned for a mix of 1/4 inch and 1/8 inch materials. The final delivery will be a flat pack kit of the main body, sights and magazine. The barrel and grip will need to be sourced separately. I may offer a resin cast grip at some point but I am not ready for that yet.

The prototype is a mix of cardboard and cloroplast. Both work well for prototyping because they are easy to cut and cheap. They are slightly thinner than the 0.25 inch material the design is for but it doesn't really effect the testing too much. 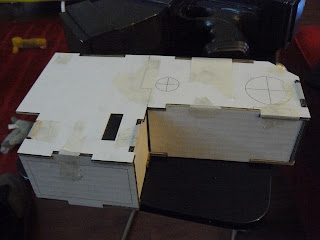 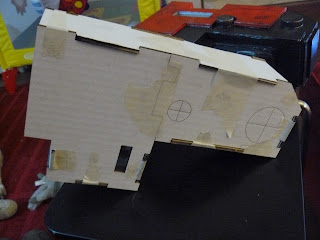 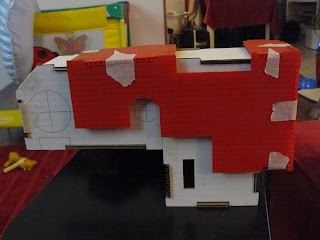 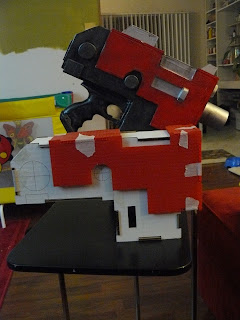 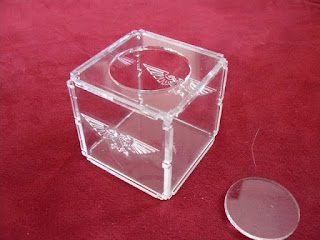 To the victor go the spoils 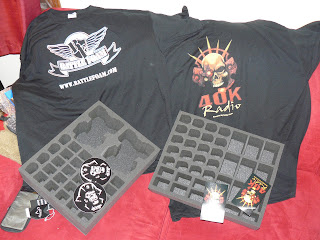 Earlier this year Battle Foam and 40K Radio had a tray design contest. The goal of the contest was to get some new trays in the store for the different armies and showcase the versatility of the system. I chose to enter a few designs and 2 were chosen as winners. The designs were for a tau troop tray and a battle suit tray. Big thanks to the selection team for picking my ideas.

First off one thing I hate about storing minis is having to go to multiple trays to find all the minis needed for a game. If you have a large army this can be a problem. Also it is hard to keep track of them and one fig seems to always get lost in the shuffle. So my idea for trays was to group the stuff in them as they would be in the game. Simple and no more dead space and all the common components in one spot. 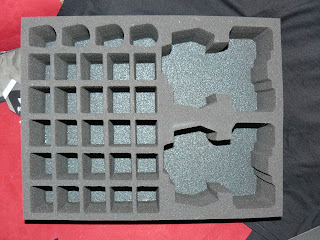 This is the troop tray I came up with. It supports space for 25 standing firewarriors, 2 transports and 4 drones. That is 2 units of 12 troops and a spare space for a tank commander or ethereal and the transport drones. 2 troops and a commander in 1 tray, the bases for every army. Ok, a crappy commander but I was working with limited space. The tray is thick but a welcome sacrifice for ease of access and use. 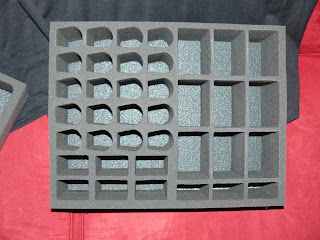 Next is the battlesuit/broadside tray. It supports space for 9 suits on either 40 or 60mm bases. This means it will fit the uber cool Forgeworld Broadsides, I have a few of those, or any custom, scenic based suits. There are 3 small spaces for magnetic weapon storage at the bottom of the rows. Next is space for 6 smaller battle suites like the Stealth ones and 25 drones. That is 3 full units of broadsides and a max load out of shield drones, 2 - 3 man Stealth teams with drones and a little extra storage.

There you have it 2 trays and the bulk of the army is ready for the table. The taller trays also offer a little more protection than the thin ones because most figs will sit on their base instead of on their sides. Well that is it. Now go order some for yourself. I already am looking at getting another of each.

Sharks with freakin lasers on their heads. All I asked for were sharks with freakin' lasers on their heads.

Well it looks like I finally got them. This is my newest tool and it will definitely ratchet up my projects a notch.  It is a 40w hobby laser cutter from Full Spectrum Engineering. It will cut materials up to 1/4" thick and installs like a normal printer. It is liquid cooled and uses a dc motor controller instead of servos motors for movement. This keeps the cost down. Unlike the Zing by Epilog I was looking at ($10K+), this one is only $2500. Adding in a stand and water the unit is still under $3k. So $7000 cheaper. That savings is great but payed back in setup time and learning curve. Luckily time is something I have.

I will work on the final setup an calibration over the weekend and hopefully have my first cuts done. For now here are the unboxing pictures.

Finally got around to finishing the bolt pistol and it looks pretty good. I can see a where I need to tweak the design a little as the magazine scale is a little off and I my go to a slightly larger barrel. Here are the pictures. I have to get back to the drawing table and modify the design for some 1/4" laser cut goodness. Stay tuned... 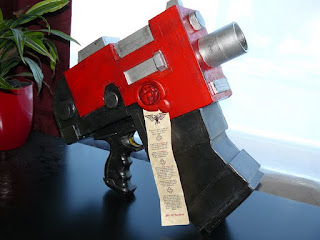 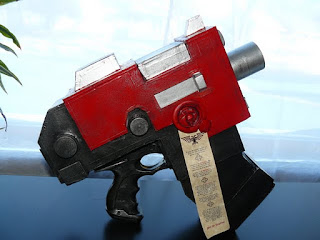 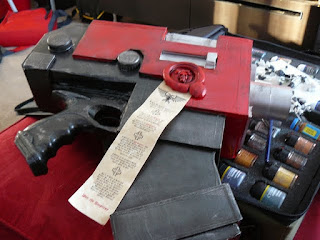 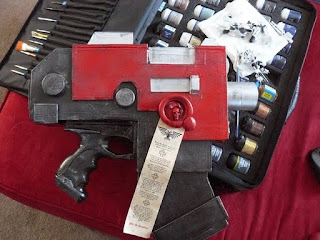 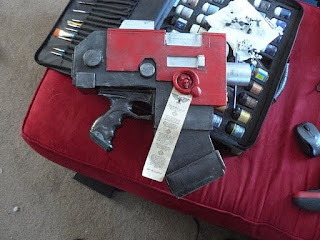